Welcome to La Floresta Hotel, a quiet and familiar place at the foot of the mountains, where you can enjoy a stay that combines nature and traditional architecture.

We want to make a difference and leave a mark on those who come to Baños, Ecuador and stay at La Floresta Hotel, we have lovingly created an environment that combines Ecuadorian colonial architecture to connect traditional with comfort, accompanied by kindness and quality in service that characterizes us.

The Hotel La Floresta was established in 1992 by the Burgos Freire family, began its operation with 4 rooms.

We seek to establish a connection between nature and those who visit us through our central garden in which there are more than 100 varieties of plants, we are aware that by promulgating the care of the environment we will have a better world.

See all Promotions
$135.00
185.00 / Por pareja
La Floresta Hotel - Baños Ecuador
We are located in Baños de Agua Santa, we are the best choice for your rest and pleasure.
LITTLE PIECE OF SKY

At the foot of the Tungurahua Volcano is located the beautiful city Baños de Agua Santa, it is an entrance from the Sierra to the Amazon. Its innumerable tourist places are what make this place an ideal destination for people looking to spend pleasant and fun moments either in its famous waterfalls, cool off in the hot springs (hot springs) or it is also a good place for those looking to put a Adrenaline rush in their lives is no longer in vain known as the adventure capital, here you can have the opportunity to do all kinds of adventure sports including canopy, canyoning, climbing, trekking, cycling, paragliding, rafting, horseback riding between the main activities. To all this is added the great vegetative abundance of the place which makes Baños a unique experience, since you can get to see beautiful landscapes and meet beautiful animals of their fauna. Baños is a destination desired by tourists like Galapagos, Quilotoa where nature is the protagonist, you can also appreciate the beauty of the city of Riobamba where El Chimborazo, El Altar, Tungurahua are volcanoes that adorn the landscape.

Baños is known as the door to the Amazon of Ecuador, which is why it is part of the Sangay National Park and the Llanganates National Park recognized as the National Heritage of Ecuador.

Having said all this, do not miss the opportunity to visit this magical place full of natural charms and beauties, emphasizing that the inhabitants of the place have put all the love and effort in each of their works so that Baños is what it is today in day a place of great tourist importance within Ecuador, gastronomic managers offer high quality products. The food allows tourists to enjoy the different textures and flavors of the season of Baneña (typical dishes of Baños), you can also taste a tasty drink that they bring from Loja, called horchata, the exquisite chocolate Ambateño, a good ceviche. The artisans who make true works of art that have given relevance to the nature, identity and culture of Ecuador.

The climate of Baños is one more reason why you should visit this charm, as expected the climate of Ecuador itself is always very varied can go from an incandescent sun to a rainy afternoon, but this is what makes it unique . So because of this the average climate of the place ranges between 28 ° and 82 °.

We recommend you do not rely 100% on the climate pages since in the months of June to July, figures such as 0 ° to 5 ° are marked, this is only because the nearest weather station is near a volcano. Remember in Baños never to snow.

Discover which are the Tourist Places of Baños de Agua Santa and let yourself be enchanted with this wonderful city rich in tradition and especially in biodiversity that is what has made it recognized by all the tourists who have visited the place, do not think more and Visit Baños.

One of the provinces of Ecuador, which stands out in adventure tourism offer is Tungurahua. And the city of Baños, is the scene where every holiday or weekend is attended by thousands of national and foreign tourists who arrive in a small town in search of fun, entertainment and rest, thus contributing to tourism in Ecuador.

The visitor movement, which according to the tourism agency of the Municipality of Baños fluctuates between 750 and 900 thousand annually, attracted by natural benefits such as the active volcano Tungurahua, rivers and waterfalls.

Visitors find several options of adventure sports, among the most popular are the canopy, which consists of crossing from one shore to another from a considerable height through a cable; the 360 ball (jump inside a steel sphere) or the bridge jump.

Other tourist attractions are giant swings such as the one in Fantasia de Volar, or the one in the Tree House, located in the Runtún viewpoint.

In this Andean town that houses about 24,000 inhabitants you can see churches such as the Cathedral where the Catholic faithful go daily and also those who only want to admire the architectural wealth.

The Orquideario, which is on the road to Pailón del Diablo, is another beauty of Baños, where tourists can find several types of this flower native to the area.

In your visit you can not miss the famous marshmallows, guava sweets or cane juice; as well as the craft and textile proposal that is exhibited in the city center.

What our
clients say.

— Actually everything was very good, facilities, comfort, tranquility, service. The hotel is very close to everything and that is a great advantage since I didn't have to use my car to get around. Delicious breakfast, it was a great stay. 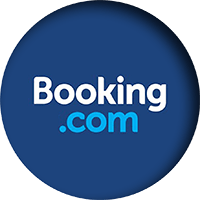 — Beautiful, when I arrived I just arrived tired from a very long trip, they have received us perfectly with a lot of love, they always fix your room, they have a very rich buffet restaurant and the place is very nice, it is close to the center, I mean perfect. 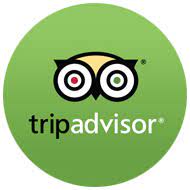 — Every time I come to Baños with friends or family we come to this hotel and the attention is always spectacular and personalized. Several years have passed and each time my experience and that of my companions has been perfect. I love it!.